You are using a web browser that may not support the design features on this site.

For the best experience, please switch to another browser. We recommend Chrome or Firefox.

Smoking: A Real Drag on Your Oral Health 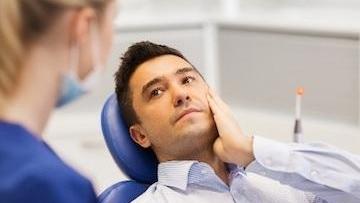 Tobacco products have been used for centuries, causing billions of people worldwide to become addicted to this dangerous drug. Despite the known ill effects that tobaccos use has on a person’s health, millions of Americans still choose to light up or put a wad of chew into their mouths each day. Numerous medical studies have proven again and again that tobacco causes devastating effects on a person’s health, yet another specific area of the body is often overlooked: the mouth.

The mouth is one of your most personal features because it is the dwelling place of your smile. A person’s smile says a lot about them, and many people find that they judge others on the appearance of their smile. One of the unfortunate side effects of smoking and tobacco use is the unattractive discoloration of the teeth. If you are meeting someone for the first time or heading in for a job interview and you flash a dingy smile, your first impression may not be a good one. Many dates and professional promotions have been lost due to an unattractive smile. However, there are even more devastating consequences that result from tobacco use.

Oral cancer is another prominent disease among tobacco users and smokers. With the compromised health of the gums, they are unable to fight off disease. Of course, cancer does not isolate itself in just one area of the body. Cancer cells that begin in the mouth can easily travel throughout the bloodstream and carry this disease to other major organs.

Smoking is a real drag on your oral, and overall, health. At Clearwater Dentistry, we not only want to help you break the habit, but we also want to help you overcome the damage that tobacco has caused to your oral health. Contact our practice today.

Related Services: General Dentistry
Return to Blog Homepage
Like us on FacebookFollow us on TwitterVisit us on YelpWatch our Youtube VideosLeave a Google ReviewInstagram
If you have difficulty using our website, please email us or call us at (727) 233-3030
View the ADA Accessibility Statement
Turn on ADA Views
Contact Us Today
Give Us A Call
Clearwater Dentistry - (727) 233-3030
Send Us an Email
Expanded Details View
This Patient's Experience
Loading Testimonial...
Loading Case...